The phrase “Neither snow nor rain nor heat nor gloom of night stays these couriers from the swift completion of their appointed rounds” has long been believed to be the mail carriers motto. There is no official mail carrier’s motto, but the words are carved into the New York City General Post Office Building, which opened in 1914, so people are sure it’s true.

This slogan is not a formal commitment, and in fact the USPS routinely delays mail during bad weather. 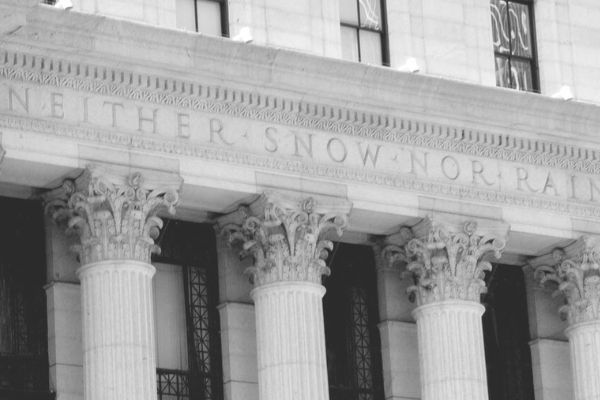 USPS and Other Delivery Services

The United States Post Office has a monopoly on the delivery of letters, but competing services like UPS and FedEx also are able to deliver letters. Your nearest Postal Connections Service Center will help you choose the best carrier and service to ensure swift delivery of your letters and/or packages. We offer many shipping options with all major carriers carriers.

Back to the Mail Carriers Motto

Owing to the popular belief in the Mail Carriers Motto, there have been several movies about what happens when the delivery is really late.
Here are a couple of good ones you can find on Amazon or Netflix.

Folks believe so strongly in the mail carriers motto that they call their local post offices about any delay, real or perceived. Here at Postal Connections we always strive to do our part to make sure your letters and packages arrive on time.